Here’s some advice to partisan pundits and political nut jobs of all stripes:

It’s incredible. I find it incredible, that everything is now politicised at the drop of a motherfucking hat.

There is a trial in Florida now, that’s currently ongoing. You might know which one I’m talking about: The George Zimmerman case.

That’s all we know, and that leaves a lot of gaps.

No one knows. Two people know, and unfortunately, one of them’s dead. And now Zimmerman is on trial, trying to prove he acted in self-defense.

But this happens. Sometimes people are killed, and the assailant is tried for murder. It happens all the time. Yet for some reason, this story became national news, and the others did not. Why? Because Trayvon Martin was black.

Yes, because the victim had higher-than-average melanin levels, this somehow became national news! People across the U.S. are accusing the man of racism!

And it might be true. But I don’t care. Because whether or not it is, it doesn’t prove anything. Whatever result the jury gives back will only mean something to Zimmerman, and Trayvon Martin’s friends and family.

However, according to the news media, this is a battle between Law and Order, and Civil Rights. Yeah, it’s not, it’s just some shitty reality TV show.

You see, there’s this knee jerk reaction to try to find the political angle in every event. And it gets really disgusting when people try to politicize something as innocent as children’s media.

Recently, a new cartoon show entered the television landscape. It’s about a superhero, in a dress, named SheZow! 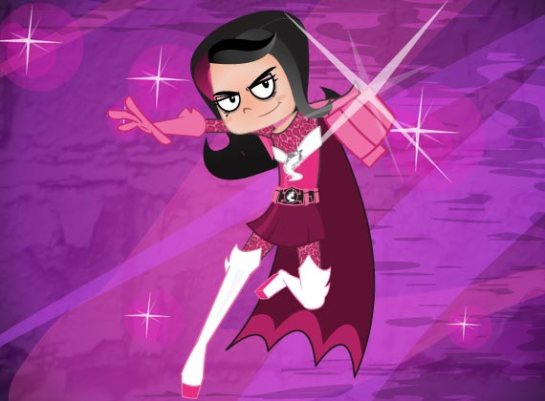 SheZow is the hero all little girls want to be! Powerful, beautiful, and with charm to spare!

Now one could argue that SheZow is not exactly the best role-model for girls. After all, SheZow’s powers are derived from the colour pink, and the silkiness of her hair; plus all of SheZow’s ‘gadgets’ are weapons and tools disguised as cosmetics of all things, ala James Bond.

A walking stereotype is probably not the type of role model you want to show to an impressionable young woman. But that’s not the source of the major sociopolitical upheaval we’re dealing with here.

No, the big issue here is that SheZow is actually a guy. SheZow is television’s first transgendered superhero. About fucking time! END_OF_DOCUMENT_TOKEN_TO_BE_REPLACED